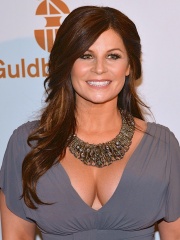 Carola Maria Häggkvist (Swedish pronunciation: [kaˈrôːla ˈhɛ̂ɡːkvɪst]; born 8 September 1966), also known as simply Carola, is a Swedish singer and songwriter. She has been among Sweden's most popular performers since the early 1980s and has released albums ranging from pop and disco to hymns and folk music. Her debut album, Främling (1983), sold around one million copies and remains the biggest-selling album in Swedish music history. Read more on Wikipedia

Since 2007, the English Wikipedia page of Carola Häggkvist has received more than 230,294 page views. Her biography is available in 40 different languages on Wikipedia making her the 627th most popular singer.