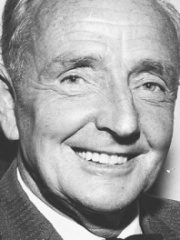 Herbert James "Burt" Munro (Bert in his youth; 25 March 1899 – 6 January 1978) was a New Zealand motorcycle racer, famous for setting an under-1,000 cc world record, at Bonneville, 26 August 1967. This record still stands; Munro was 68 and was riding a 47-year-old machine when he set his last record.Working from his home in Invercargill, he spent 20 years to highly modify the 1920 Indian motorcycle that he had bought that same year. Munro set his first New Zealand speed record in 1938 and later set seven more. Read more on Wikipedia

Among politicians, Burt Munro ranks 5,604 out of 15,710. Before him are Ratchis, Dürrüşehvar Sultan, Mohamed Ould Abdel Aziz, Regalianus, François Bozizé, and Emperor Nijō. After him are Vladko Maček, Mithridates II of Parthia, Micheline Calmy-Rey, Carlos Manuel de Céspedes, Sarduri I, and Léon Duguit.

Among POLITICIANS In New Zealand