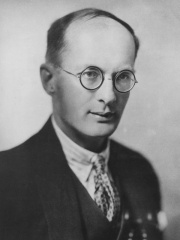 Bronisław Kasper Malinowski (Polish: [brɔˈɲiswaf maliˈnɔfskʲi]; 7 April 1884 – 16 May 1942) was an anthropologist whose writings on ethnography, social theory, and field research were a lasting influence on the discipline of anthropology.From 1910, Malinowski studied exchange and economics at the London School of Economics (LSE) under Charles Gabriel Seligman and Edvard Alexander Westermarck, analysing patterns of exchange in Aboriginal Australia through ethnographic documents. In 1914, he was given a chance to travel to New Guinea accompanying anthropologist Robert Ranulph Marett, but as World War I broke out and Malinowski was an Austrian subject, and thereby an enemy of the British commonwealth, he was unable to travel back to England. The Australian government nonetheless provided him with permission and funds to undertake ethnographic work within their territories and Malinowski chose to go to the Trobriand Islands, in Melanesia where he stayed for several years, studying the indigenous culture. Read more on Wikipedia

Since 2007, the English Wikipedia page of Bronisław Malinowski has received more than 746,667 page views. His biography is available in 50 different languages on Wikipedia making him the most popular anthropologist.

Among ANTHROPOLOGISTS In Poland