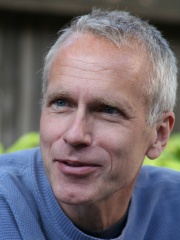 Brian Kent Kobilka (born May 30, 1955) is an American physiologist and a recipient of the 2012 Nobel Prize in Chemistry with Robert Lefkowitz for discoveries that reveal the workings of G protein-coupled receptors. He is currently a professor in the department of Molecular and Cellular Physiology at Stanford University School of Medicine. He is also a co-founder of ConfometRx, a biotechnology company focusing on G protein-coupled receptors. Read more on Wikipedia

Since 2007, the English Wikipedia page of Brian Kobilka has received more than 134,332 page views. His biography is available in 50 different languages on Wikipedia making him the 402nd most popular biologist.