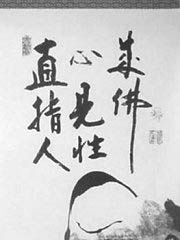 Bodhidharma was a semi-legendary Buddhist monk who lived during the 5th or 6th century CE. He is traditionally credited as the transmitter of Chan Buddhism to China, and regarded as its first Chinese patriarch. According to a 17th-century apocryphal story found in a manual called Yijin Jing, he began the physical training of the monks of Shaolin Monastery that led to the creation of Shaolin kungfu. He is known as Dámó in China and as Daruma in Japan. Read more on Wikipedia

Since 2007, the English Wikipedia page of Bodhidharma has received more than 5,222,287 page views. His biography is available in 52 different languages on Wikipedia. Bodhidharma is the 117th most popular philosopher (up from 157th in 2019), the 21st most popular biography from India (up from 22nd in 2019) and the 3rd most popular Indian Philosopher.

Bodhidharma is most famous for being the founder of the Zen school of Buddhism.

Page views of Bodhidharmas by language

Among philosophers, Bodhidharma ranks 117 out of 1,081. Before him are Eusebius, Pyrrho, Meister Eckhart, Charles Fourier, Gilles Deleuze, and John Venn. After him are Al-Tabari, George Gurdjieff, Emil Cioran, Johann Friedrich Herbart, Antisthenes, and Ramon Llull.