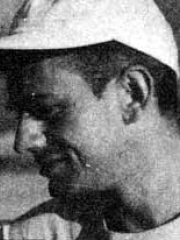 Milton Finger (February 8, 1914 – January 18, 1974), known professionally and personally as Bill Finger, was an American comic strip, comic book, film and television writer who was the uncredited (until 2015) co-creator (with Bob Kane) of the DC Comics superhero character Batman (launched in 1939). Despite making major (sometimes, signature) contributions as an innovative writer, visionary mythos/world builder and illustration architect, Finger (and other creators of his era) was often relegated to ghostwriter status on many comics -- including Batman, and Green Lantern (the original, Alan Scott version). While Kane privately admitted in a 1980s audio interview with his autobiographer that Finger was responsible for "50-75% of all the creativity in Batman," for decades he publicly denied Finger had been anything more than a subcontractor executing Kane’s ideas. Read more on Wikipedia