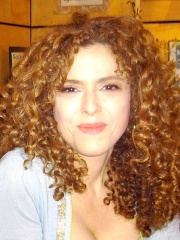 Bernadette Peters (née Lazzara; born February 28, 1948) is an American actress, singer, and children's book author. Over a career spanning five decades, she has starred in musical theatre, television and film, performed in solo concerts and released recordings. She is a critically acclaimed Broadway performer, having received seven nominations for Tony Awards, winning two (plus an honorary award), and nine nominations for Drama Desk Awards, winning three. Read more on Wikipedia

Since 2007, the English Wikipedia page of Bernadette Peters has received more than 4,422,244 page views. Her biography is available in 30 different languages on Wikipedia making her the 3,951st most popular actor.