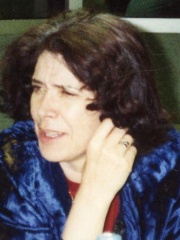 Fatima-Zohra Imalayen (30 June 1936 – 6 February 2015), known by her pen name Assia Djebar (Arabic: آسيا جبار), was an Algerian novelist, translator and filmmaker. Most of her works deal with obstacles faced by women, and she is noted for her feminist stance. She is "frequently associated with women's writing movements, her novels are clearly focused on the creation of a genealogy of Algerian women, and her political stance is virulently anti-patriarchal as much as it is anti-colonial." Djebar is considered to be one of North Africa's pre-eminent and most influential writers. Read more on Wikipedia

Assia Djebar is most famous for her novels and essays that have been translated into many languages. She was born in Algeria, but she has lived in France since the late 1960s. Her novels are about the struggle for Algerian independence and the lives of Algerian women.

Among WRITERS In Algeria