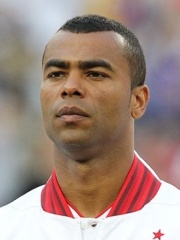 Ashley Cole (born 20 December 1980) is an English first-team coach at Everton and a former footballer who played as a left-back, most notably for Premier League clubs Chelsea and Arsenal. Cole is considered by many critics and fellow professional players as one of the best defenders of his generation, and by some, for the better part of his career, as the best left-back in the world. Born in Stepney, London, Cole began his youth career at Arsenal and made his full debut for the club in November 1999, going on to make 228 appearances and scoring nine goals for the North London club. Read more on Wikipedia