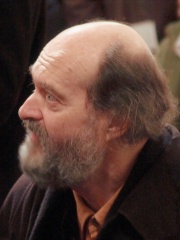 Arvo Pärt (Estonian pronunciation: [ˈɑrvo ˈpært]; born 11 September 1935) is an Estonian composer of classical and religious music. Since the late 1970s, Pärt has worked in a minimalist style that employs his self-invented compositional technique, tintinnabuli. Pärt's music is in part inspired by Gregorian chant. Read more on Wikipedia

Since 2007, the English Wikipedia page of Arvo Pärt has received more than 977,989 page views. His biography is available in 53 different languages on Wikipedia making him the 78th most popular composer.