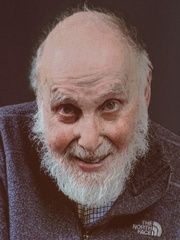 Arthur Ashkin (September 2, 1922 – September 21, 2020) was an American scientist and Nobel laureate who worked at Bell Laboratories and Lucent Technologies. Ashkin has been considered by many as the father of optical tweezers, for which he was awarded the Nobel Prize in Physics 2018 at age 96, becoming the oldest Nobel Laureate until 2019 when John B. Goodenough was awarded at 97. He resided in Rumson, New Jersey.Ashkin started his work on manipulation of microparticles with laser light in the late 1960s which resulted in the invention of optical tweezers in 1986. Read more on Wikipedia

Since 2007, the English Wikipedia page of Arthur Ashkin has received more than 293,466 page views. His biography is available in 49 different languages on Wikipedia making him the 194th most popular physicist.