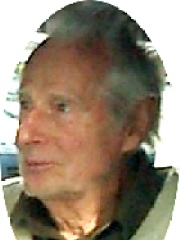 Arne Dekke Eide Næss ( AR-nə NESS; Norwegian: [ˈnɛsː]; 27 January 1912 – 12 January 2009) was a Norwegian philosopher who coined the term "deep ecology" and was an important intellectual and inspirational figure within the environmental movement of the late twentieth century. Næss cited Rachel Carson's 1962 book Silent Spring as being a key influence in his vision of deep ecology. Read more on Wikipedia

Among philosophers, Arne Næss ranks 467 out of 1,089. Before him are Priscian, Antiochus of Ascalon, Berengar of Tours, Ari Thorgilsson, Plutarch of Athens, and Stein Rokkan. After him are Guillaume Budé, Karl-Otto Apel, Emmanuel Mounier, Kapila, Alasdair MacIntyre, and Kenneth Waltz.

Among PHILOSOPHERS In Norway

Among philosophers born in Norway, Arne Næss ranks 2. Before him are Stein Rokkan (1921). After him are Anathon Aall (1867).