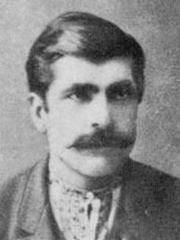 Arabo (Armenian: Արաբօ, 1863–1893), born Arakel Mkhitarian, was an Armenian fedayi of the late 19th century.Arabo was born in the village of Kurter or Korter (Armenian: Կոռթեր or Կուռթեր) in the region of Sasun in the Bitlis vilayet. Arabo studied at the Arakelots Monastery school in Mush. Beginning in the late-1880s, he led the Armenian fedayi groups in Sasun and Taron. Read more on Wikipedia

Since 2007, the English Wikipedia page of Arabo has received more than 97,027 page views. His biography is available in 15 different languages on Wikipedia. Arabo is the 1,331st most popular military personnel.

Page views of Arabos by language