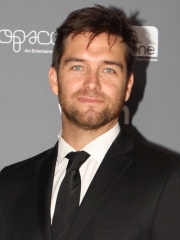 Antony Starr (born 25 October 1975) is a New Zealand actor, known for his television roles. He played the dual roles of Jethro and Van West on Outrageous Fortune (2005–10), Lucas Hood on Banshee (2013–16), and Homelander on The Boys (2019–present). For his role in the 2012 Australian film Wish You Were Here, Starr won the AACTA Award for Best Actor in a Supporting Role, among other accolades. Read more on Wikipedia

Among actors, Antony Starr ranks 6,083 out of 9,996. Before him are Silvia Navarro, Lukas Haas, Bridget Regan, François Chau, Teryl Rothery, and Magnus Samuelsson. After him are Miguel Herrán, Ge You, Ethan Suplee, Redd Foxx, Joe Mantell, and Reggie Lee.

Among ACTORS In New Zealand