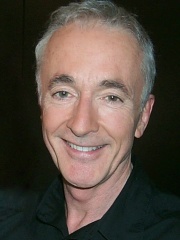 Anthony Daniels (born 21 February 1946) is an English actor, voice actor, and mime artist best known for playing C-3PO in the Star Wars theatrical films. He is the only actor to have appeared in all theatrical films in the series, as well as many of its spin-offs, including television shows, video games, radio serials, etc. Daniels was the voice of Legolas in the Ralph Bakshi animated adaptation of The Lord of the Rings (1978). Read more on Wikipedia

Since 2007, the English Wikipedia page of Anthony Daniels has received more than 2,810,712 page views. His biography is available in 36 different languages on Wikipedia making him the 1,082nd most popular actor.