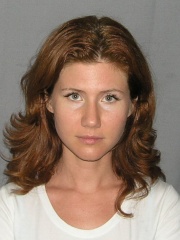 Anna Vasilyevna Chapman (Russian: А́нна Васи́льевна Ча́пман; born Anna Vasilyevna Kushchenko on 23 February 1982) is a Russian intelligence agent, media personality and model who was arrested in the United States on 27 June 2010 as part of the Illegals Program spy ring. At the time of her arrest, she was accused of espionage on behalf of the Russian Federation's external intelligence agency, the Sluzhba vneshney razvedki (SVR). She had previously gained British citizenship through marriage, which she used to gain residency in the U.S. Chapman pleaded guilty to a charge of conspiracy to act as an agent of a foreign government. She and the other Russians were deported to Russia on 8 July 2010, as part of the 2010 Russia–U.S. Read more on Wikipedia

Among CELEBRITIES In Russia