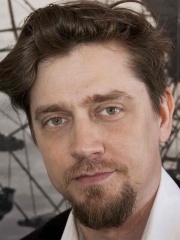 Andrés Muschietti (Spanish: [musˈkjeti]; born August 26, 1973) is an Argentine filmmaker who achieved wide recognition with the 2013 film Mama which he made with Neil Cross and his sister, producer and screenwriter Barbara Muschietti, based on the three-minute film of the same name. This film, which he made at age 39, had attracted the attention of Guillermo del Toro, who then served as executive producer. He gained further recognition for directing both films in the It film series, the first being the 2017 film adaptation of the Stephen King novel It, which became the highest-grossing horror film of all time, and the second being its 2019 second part, It Chapter Two. Read more on Wikipedia

Among FILM DIRECTORS In Argentina