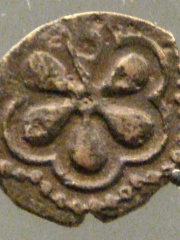 Since 2007, the English Wikipedia page of An-Nasir Muhammad has received more than 73,525 page views. His biography is available in 19 different languages on Wikipedia making him the 4,660th most popular politician.

Among politicians, An-Nasir Muhammad ranks 4,633 out of 14,801. Before him are Tiridates I of Armenia, James III of Majorca, Frederick II, Grand Duke of Baden, Antiochus VI Dionysus, Modibo Keïta, and Marie Louise Élisabeth d'Orléans. After him are Emperor Xizong of Tang, Pleistoanax, Enrico Berlinguer, Ariaramnes, Prince Amedeo, Duke of Aosta, and Ram Khamhaeng.

Among people born in 1285, An-Nasir Muhammad ranks 5. Before him are William of Ockham, Ferdinand IV of Castile, Ayurbarwada Buyantu Khan, and Emperor Go-Nijō. After him are Ferrer Bassa, Baldwin of Luxembourg, Michael of Trebizond, Euphemia of Pomerania, Thomas I Komnenos Doukas, and Al-Mustakfi I. Among people deceased in 1341, An-Nasir Muhammad ranks 5. Before him are Gediminas, Andronikos III Palaiologos, Öz Beg Khan, and Louis I, Duke of Bourbon. After him are John III, Duke of Brittany, Irene Palaiologina of Trebizond, and Leo IV, King of Armenia.