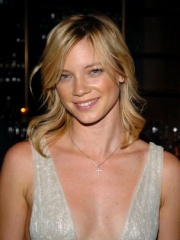 Amy Lysle Smart (born March 26, 1976) is an American actress and former fashion model who rose to prominence in the late 1990s.A native of Los Angeles, Smart began her career modeling in Italy and subsequently enrolled in acting school. Her first role in film was in director Martin Kunert's anthology horror film Campfire Tales, followed by a minor part in Paul Verhoeven's Starship Troopers (1997). She garnered widespread recognition after appearing in the mainstream teen drama Varsity Blues (1999), as well as for her recurring role as Ruby on the television series Felicity (1999–2001). Read more on Wikipedia