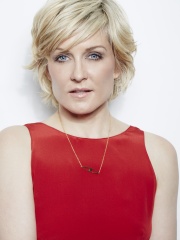 Amy Lynn Carlson (born July 7, 1968) is an American television actress, known for her roles as Linda Reagan in the CBS police procedural Blue Bloods, as Alex Taylor on the NBC drama Third Watch, and Josie Watts in the NBC daytime soap opera Another World. Read more on Wikipedia

Since 2007, the English Wikipedia page of Amy Carlson has received more than 1,784,554 page views. Her biography is available in 16 different languages on Wikipedia making her the 6,920th most popular actor.

Among actors, Amy Carlson ranks 6,872 out of 8,832. Before her are Danielle Campbell, Busy Philipps, Linnea Quigley, Mandakini, Ed Speleers, and Spencer Treat Clark. After her are Will Forte, Shiloh Fernandez, Brittany Byrnes, Julie White, Anna Camp, and Louise Brealey.