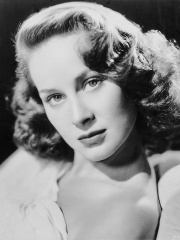 Alida Maria Laura, Freiin Altenburger von Marckenstein-Frauenberg (31 May 1921 – 22 April 2006), better known by her stage name Alida Valli (or simply Valli), was an Italian actress who appeared in more than 100 films in a 70-year career, spanning from the 1930s to the early 2000s. She was one of the biggest stars of Italian film during the Fascist era, once being coined "the most beautiful woman in the world" by Benito Mussolini, but managed to find continued international success post-World War II. According to Frédéric Mitterrand, Valli was the only actress in Europe to equal Marlene Dietrich or Greta Garbo. Valli worked with many significant directors both in Italy and abroad, including Alfred Hitchcock (The Paradine Case; 1947), Carol Reed (The Third Man; 1949), Luchino Visconti (Senso; 1954), Michelangelo Antonioni (Il Grido; 1957), Georges Franju (Eyes Without a Face; 1960), Pier Paolo Pasolini (Oedipus Rex; 1967), Mario Bava (Lisa and the Devil; 1972), Bernardo Bertolucci (1900, 1976; La Luna; 1979), and Dario Argento (Suspiria; 1977). Read more on Wikipedia

Alida Valli is most famous for her role in "The Third Man" by Carol Reed.