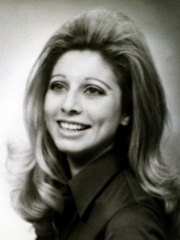 Alia Bahauddin Toukan (Arabic: علياء بهاء الدين طوقان‎) (25 December 1948 – 9 February 1977) was Queen of Jordan and the third wife of King Hussein from their marriage in 1972 until her death in a helicopter crash in southern Jordan near Tafilah. Read more on Wikipedia

Since 2007, the English Wikipedia page of Alia Al-Hussein has received more than 307,775 page views. Her biography is available in 22 different languages on Wikipedia making her the 351st most popular companion.

Among companions, Alia Al-Hussein ranks 354 out of 586. Before her are Princess Louise, Duchess of Argyll, Galeria Valeria, Isabel of Coimbra, Maria of Antioch, Constance of Arles, and Violant of Bar. After her are Empress Teimei, Constantina, Maria of Portugal, Queen of Castile, Ermentrude of Orléans, Louise of Mecklenburg-Güstrow, and Bintanath.