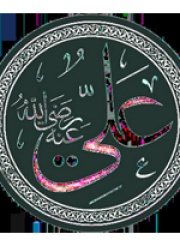 Ali ibn Abi Talib (Arabic: عَلِيّ ٱبْن أَبِي طَالِب‎, ʿAlī ibn ʾAbī Ṭālib; 13 September 601 – 29 January 661) was a cousin and son-in-law of the Islamic prophet Muhammad, who ruled as the fourth caliph from 656 to 661. He is one of the central figures in Shia Islam and is regarded as the rightful immediate successor to Muhammad as an Imam by Shia Muslims. Ali was born inside the sacred sanctuary of the Kaaba in Mecca, the holiest place in Islam, to Abu Talib and Fatimah bint Asad. Read more on Wikipedia

Since 2007, the English Wikipedia page of Ali has received more than 4,648,251 page views. His biography is available in 104 different languages on Wikipedia making him the 24th most popular religious figure.

Page views of Alis by language

Among religious figures, Ali ranks 25 out of 2,001. Before him are Judas Iscariot, Elijah, Aaron, Saint Joseph, John Calvin, and Matthew the Apostle. After him are Andrew the Apostle, Saint Nicholas, James, son of Zebedee, Abu Bakr, John the Apostle, and Anthony of Padua.