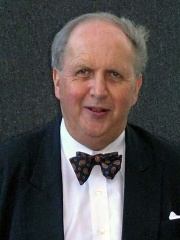 Alexander "Sandy" McCall Smith, CBE, FRSE (born 24 August 1948), is a British-Zimbabwean writer and Emeritus Professor of Medical Law at the University of Edinburgh. In the late 20th century, McCall Smith became a respected expert on medical law and bioethics and served on British and international committees concerned with these issues. He has since become internationally known as a writer of fiction, with sales of English-language versions exceeding 40 million by 2010 and translations into 46 languages. Read more on Wikipedia

Since 2007, the English Wikipedia page of Alexander McCall Smith has received more than 684,815 page views. His biography is available in 24 different languages on Wikipedia making him the 3,493rd most popular writer.

Among WRITERS In Zimbabwe