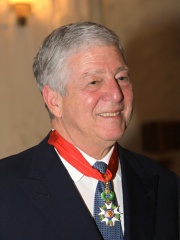 Alexander, Crown Prince of Yugoslavia (Serbian: Александар Карађорђевић, Престолонаследник Југославије; born 17 July 1945 in London), is the head of the House of Karađorđević, the former royal house of the defunct Kingdom of Yugoslavia and its predecessor the Kingdom of Serbia. Alexander is the only child of King Peter II and his wife, Princess Alexandra of Greece and Denmark. He held the position of crown prince in the Democratic Federal Yugoslavia for the first four-and-a-half months of his life, from his birth until the declaration of the Federal People's Republic of Yugoslavia later in 1945. Read more on Wikipedia

Page views of Alexander, Crown Prince of Yugoslavias by language

Among politicians, Alexander, Crown Prince of Yugoslavia ranks 5,026 out of 15,577. Before him are Glafcos Clerides, Nizam-ul-Mulk, Asaf Jah I, Mithridates V of Pontus, Maria Teresa, Grand Duchess of Luxembourg, John Montagu, 4th Earl of Sandwich, and Samuel Aba. After him are Eleanor of Navarre, Peter II, Duke of Bourbon, Maria Cristina of Naples and Sicily, Galswintha, Emperor Jingzong of Tang, and Gülçiçek Hatun.