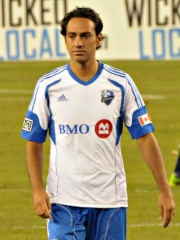 Alessandro Nesta (Italian pronunciation: [alesˈsandro ˈnɛsta]; born 19 March 1976) is an Italian professional football manager and former player. Widely considered to be one of the best centre backs of his time and also as one of the greatest defenders ever, he was best known for his pace, artistic tackles, elegance on the ball, distribution and tight marking of opponents.He made over 400 Serie A appearances in a 20-year career spread between Lazio and AC Milan, winning domestic and European honours with both clubs. Later in his career, he played in Major League Soccer (MLS) for the Montreal Impact, and for Chennaiyin of the Indian Super League. Read more on Wikipedia