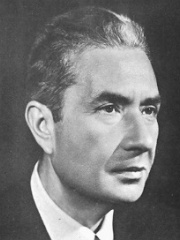 Aldo Romeo Luigi Moro (Italian: [ˈaldo ˈmɔːro]; 23 September 1916 – 9 May 1978) was an Italian statesman and a prominent member of the Christian Democracy (DC). He served as 38th prime minister of Italy from December 1963 to June 1968 and then from November 1974 to July 1976.Moro also served as Minister of Foreign Affairs from May 1969 to July 1972 and again from July 1973 to November 1974; during his ministry he implemented a pro-Arab policy, which characterised Italy during the 1970s and the 1980s. Moreover, he was appointed Minister of Justice and of Public Education during the 1950s. Read more on Wikipedia

Since 2007, the English Wikipedia page of Aldo Moro has received more than 701,471 page views. His biography is available in 65 different languages on Wikipedia making him the 591st most popular politician.

Among politicians, Aldo Moro ranks 586 out of 14,801. Before him are Philip the Good, Charles I of Anjou, Frederick William IV of Prussia, Rurik, Juliana of the Netherlands, and Sweyn Forkbeard. After him are Vajiralongkorn, Enver Pasha, Władysław IV Vasa, Arthur Seyss-Inquart, Ladislaus the Posthumous, and Frederick William II of Prussia.