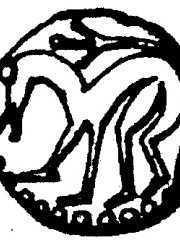 Aldfrith (Early Modern Irish: Flann Fína mac Ossu; Latin: Aldfrid, Aldfridus; died 14 December 704 or 705) was king of Northumbria from 685 until his death. He is described by early writers such as Bede, Alcuin and Stephen of Ripon as a man of great learning. Some of his works and some letters written to him survive. Read more on Wikipedia

Since 2007, the English Wikipedia page of Aldfrith of Northumbria has received more than 82,689 page views. His biography is available in 16 different languages on Wikipedia making him the 12,074th most popular politician.

Page views of Aldfrith of Northumbrias by language