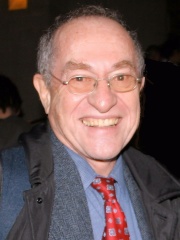 Alan Morton Dershowitz (; born September 1, 1938) is an American lawyer and legal scholar known for his scholarship of U.S. constitutional law and American criminal law, and a noted advocate for civil liberties. He began his teaching career at Harvard Law School where, in 1967, at the age of 28, he became the youngest full professor of law in its history. He held the Felix Frankfurter professorship there from 1993 until his retirement in December 2013. Read more on Wikipedia

Since 2007, the English Wikipedia page of Alan Dershowitz has received more than 5,463,952 page views. His biography is available in 21 different languages on Wikipedia making him the 34th most popular lawyer.