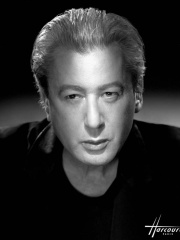 Alain Bashung (French: [alɛ̃ baʃuŋ]; born Alain Claude Baschung, 1 December 1947 – 14 March 2009) was a French singer, songwriter and actor. Credited with reviving the French chanson in "a time of French musical turmoil", he is often regarded in his home country as the most important French rock musician after Serge Gainsbourg. He rose to prominence in the early 1980s with hit songs such as "Gaby oh Gaby" and "Vertige de l'amour", and later had a string of hit records from the 1990s onward, such as "Osez Joséphine", "Ma petite entreprise" and "La nuit je mens". Read more on Wikipedia

Among singers, Alain Bashung ranks 948 out of 3,541. Before him are Peaches, Diana Damrau, Arthur Brown, Xzibit, Bunny Wailer, and Clare Torry. After him are Lizzo, Beth Hart, Billy Ocean, Claude Nougaro, Boubacar Traoré, and Boz Scaggs.