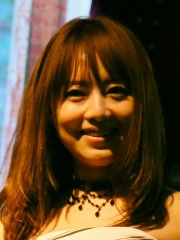 Akiho Yoshizawa (Japanese: 吉沢 明歩, Hepburn: Yoshizawa Akiho, born March 3, 1984), often known simply as Acky (あっきー), is a Japanese former adult video (AV) actress, who also appeared in pink film and mainstream (non-erotic) film, as well as television. With a career spanning over more than 15 years and over 1,000 adult film appearances, Yoshizawa was widely renowned as one of the most famous and recognizable faces in Japanese adult entertainment, with an appeal that managed to cross over into mainstream entertainment. She started her AV career in 2003 with the companies Alice Japan and Max-A, and in 2007 she transitioned to studios Maxing and S1 No. Read more on Wikipedia