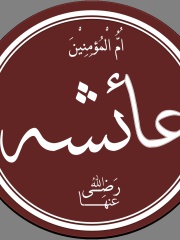 Aisha (Arabic: عائشة بنت أبي بكر‎, romanized: ʿĀʾisha bint Abī Bakr; , also US: , UK: ; c. 613/614 – July 678) was Muhammad's third and youngest wife. In Islamic writings, her name is thus often prefixed by the title "Mother of the Believers" (Arabic: أمّ المؤمنين‎, romanized: ʾumm al-muʾminīn), referring to the description of Muhammad's wives in the Qur'an.Little is known about the early life of Aisha. A preponderance of classical sources converge on Aisha being six or seven years old at the time of her marriage, and nine at the consummation; her age has become a source of ideological friction in modern times. Read more on Wikipedia

Aisha is most famous for being the youngest wife of Muhammad, who was the prophet of Islam.

Page views of Aishas by language

Among companions, Aisha ranks 7 out of 673. Before her are Nefertiti, Empress Elisabeth of Austria, Anne Boleyn, Catherine of Aragon, Fatimah, and Catherine de' Medici. After her are Mihrimah Sultan, Nurbanu Sultan, Eva Braun, Helena, Khadija bint Khuwaylid, and Empress Joséphine.

Among COMPANIONS In Saudi Arabia