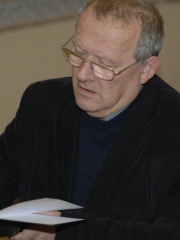 Adam Michnik (Polish pronunciation: [ˈadam ˈmixɲik]; born 17 October 1946) is a Polish historian, essayist, former dissident, public intellectual, and editor-in-chief of the Polish newspaper, Gazeta Wyborcza. Reared in a family of committed communists, Michnik became an opponent of Poland's communist regime at the time of the party's anti-Jewish purges. He was imprisoned after the 1968 March Events and again after the imposition of martial law in 1981. Read more on Wikipedia

Since 2007, the English Wikipedia page of Adam Michnik has received more than 124,170 page views. His biography is available in 24 different languages on Wikipedia making him the 3,124th most popular writer.