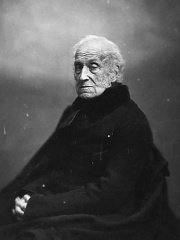 Adam Jerzy Czartoryski (Polish pronunciation: [ˈadam ˈjɛʐɨ t͡ʂartɔˈrɨskʲi]; Lithuanian: Аdomas Jurgis Čartoriskis; 14 January 1770 – 15 July 1861), in English known as Adam George Czartoryski, was a Polish nobleman, statesman, diplomat and author. The son of a wealthy prince, he began his political career as a foreign minister to the Russian Tsar Alexander I after Poland was partitioned by Russia, Prussia and Austria. He later became a leader of the Polish government in exile and a bitter opponent of Alexander's successor, Tsar Nicholas I. Read more on Wikipedia

Adam Jerzy Czartoryski was a Polish nobleman, politician, and writer. He was the son of Princess Izabela Czartoryska and Prince Adam Kazimierz Czartoryski. He was a Polish patriot and supporter of the French Revolution. He was a close friend of Emperor Napoleon I.

Among politicians, Adam Jerzy Czartoryski ranks 3,423 out of 15,577. Before him are Tiberius Gemellus, Piye, Harald III of Denmark, Sigfrid Edström, Marie of Prussia, and Lucius Aelius. After him are Herodes Atticus, Dionysius II of Syracuse, Halsten Stenkilsson, Eraric, Titus Quinctius Flamininus, and Carlos Hugo, Duke of Parma.