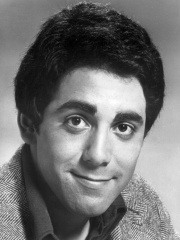 Adam Arkin (born August 19, 1956) is an American actor and director. He is known for playing the role of Aaron Shutt on Chicago Hope. He has been nominated for numerous awards, including a Tony (Best Actor, 1991, I Hate Hamlet) as well as three primetime Emmys, four SAG Awards (Ensemble, Chicago Hope), and a DGA Award (My Louisiana Sky). Read more on Wikipedia

Among actors, Adam Arkin ranks 5,499 out of 10,030. Before him are AnnaSophia Robb, Tracey Walter, Joshua Jackson, Ge You, Richard Masur, and Ruth Wilson. After him are Anne Dorval, Amy Acker, Violante Placido, Roger Allam, Marguerite Clark, and Jane Lapotaire.