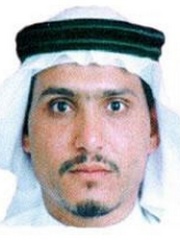 Abu Ayyub al-Masri ( (listen) AH-boo ah-YOOB ahl MAHSS-ree; أبو أيّوب المصري, ʾAbū ʾAyyūb al-Maṣrī, translation: "Father of Ayyub the Egyptian"; 1967 – 18 April 2010), also known as Abu Hamza al-Muhajir (pronunciation ; أبو حمزة المهاجر ʾAbū Ḥamzah al-Muhāǧir, translation: "Father of Hamza the immigrant") and other aliases (see name), was the leader of Al-Qaeda in Iraq during the Iraqi insurgency, following the death of Abu Musab al-Zarqawi in June 2006. He was war minister of the Islamic State of Iraq from 2006-2010 and prime minister of the Islamic State of Iraq from 2009–2010. Read more on Wikipedia

Since 2007, the English Wikipedia page of Abu Ayyub al-Masri has received more than 314,644 page views. His biography is available in 24 different languages on Wikipedia making him the 141st most popular extremist.

Among EXTREMISTS In Egypt