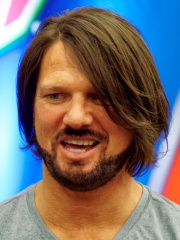 Allen Neal Jones (born June 2, 1977), better known by his ring name AJ Styles (also stylized as A.J. Styles), is an American professional wrestler currently signed to WWE, where he performs on the Raw brand, and is one half of the current WWE Raw Tag Team Champions with Omos in their first reign. He is also known for his time in Total Nonstop Action Wrestling (TNA, now known as Impact Wrestling) from 2002 to 2014 and New Japan Pro-Wrestling (NJPW) from 2014 to 2016. He debuted in 1998 and competed for various independent promotions before gaining initial mainstream exposure in World Championship Wrestling (WCW) in 2001. Read more on Wikipedia