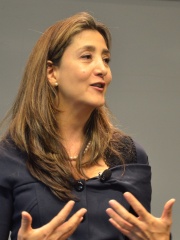 Íngrid Betancourt Pulecio (Spanish pronunciation: [ˈiŋɡɾið βetaŋˈkuɾ]; born 25 December 1961) is a Colombian politician, former senator and anti-corruption activist, especially opposing political corruption. Betancourt was kidnapped by the Revolutionary Armed Forces of Colombia (FARC) on 23 February 2002 while campaigning for the Colombian presidency as a Green candidate, and was rescued by Colombian security forces six and a half years later on 2 July 2008. The rescue operation, dubbed Operation Jaque, rescued Betancourt along with 14 other hostages (three United States citizens, and 11 Colombian policemen and soldiers). Read more on Wikipedia

Among politicians, Íngrid Betancourt ranks 7,741 out of 15,710. Before her are Rim-Sin I, Antiochus XII Dionysus, Duchess Magdalene Sibylle of Prussia, Gustav, Duke of Zweibrücken, Aureolus of Aragon, and Ordulf, Duke of Saxony. After her are Catherine I, Latin Empress, Basil of Trebizond, Alexander Yakovlev, Publius Cornelius Scipio Nasica Serapio, Euthydemus I, and Iolu Abil.